Many B&B’s along the river offer amazing views, but one in St. Paul has more than just a view — Liz Miller’s Covington Inn puts guests right on the Mississippi River in a repurposed towboat.

The Covington is a former Lower Mississippi towboat living a second life. Originally christened the Codrington of Canal Barge Line in 1946, she began her river career pushing tanker barges of fuel oil.

The 1968 edition of the Inland River Record of Towboats on the Western Rivers lists her as a 110-foot, single-screw boat generating 1,600 horsepower. After sitting in mothballs waiting to be scrapped, Tom Welna of St. Paul bought the hull in 1993 for $7,500, then gutted it and remodeled it as a floating café.

Moored at Harriet Island, the No Wake Café caught the eye of Liz Miller, a young St. Paul girl who had been working around town in the foodservice industry. Years later Welna converted the No Wake Inn to a bed and breakfast. Eventually, Miller bought it. 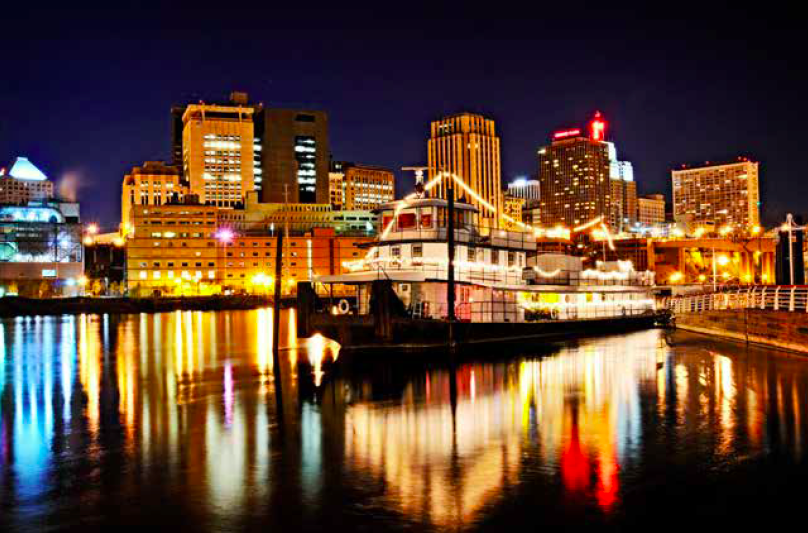 “I worked first at the No Wake Café from 1995 to 2000, when the previous owners closed the restaurant down. Then, I came back aboard in 2002 and worked for them as an innkeeper. Then I purchased the Covington Inn in 2004, because I fell in love with the river, the lifestyle, and being my own boss!”

She and her partner, Bill Peterson, have been operating the business on the St. Paul riverfront ever since.

The Covington is moored at Harriet Island, a popular park across the Main Channel from downtown St. Paul. Towboats and excursion boats ply the river, and the St. Paul Yacht Club there includes a few live-aboard houseboats. The Wabasha Street Bridge nearby connects the park to downtown.

The PMV (permanently moored vessel) has four guest cabins forward and the owner’s suite and galley aft. The former engine room became the River View Suite, with a queen-size bed and a sitting room with a window seat under two large portholes looking out across the water to the St. Paul Cathedral and downtown.

The Mate’s Quarters is on the main deck right off of the big common and dining area. Two more cabins on the
decks above the main deck are accessible via a spiral staircase. The Master’s Quarters has a walkout to the second deck patio and the Pilot House Suite sits right below the pilothouse. Stairs lead up to the pilothouse, a sitting room with a 360-degree view of the harbor. In case you want to play pilot, the steering console complete with the steering “sticks” and ship-ups is intact. (At some point in her towing life she must have been upgraded to a twin-screw.)

The entire boat is accented with wood paneling. All four guest rooms have a fireplace and a private bathroom. The pilothouse is my favorite, with the queen bed and access onto the main deck right from the room. The Riverview Suite downstairs is small but cozy!

Over the years, dozens of people have told me about their Mississippi River fantasy of living on a boat, but Liz has made it happen in a big way, by sharing the fantasy with others — for a fee. Rates in the summer range from $165 to $265 a night and in the winter from $140 to $195, which includes a big homey breakfast.

“Bill and I met when we were 21 and then lost touch. We got reconnected on Facebook about 10 years ago and have been together ever since. He moved in with me about seven years ago. We live here in our small ‘apartment’ with our rescue dogs and love it. We love being together and laugh a lot. It’s so crazy to think that I’ve been working here since 1996. That makes me feel old!

“I grew up in the Victoria Crossing area of St. Paul and my mom grew up on the Mississippi River Boulevard in St. Paul, so I guess we’re a river family. I spent more time on lakes growing up but love the flowing, relaxing nature of the river.

“I’ve always been in hospitality since I was 16. I worked at Ciatti’s on Grand for eight years and many other awesome restaurants in town. Right before I came here, I was a concierge at the St. Paul Hotel and then at the Towers of Galtier apartments.

“The best part of being here is hands down, being my own boss. I take great pride in my business and of taking great care of my guests, but being the boss lady is empowering and gratifying. I’ve also run this business successfully for 14 years and there’s not a lot of people in the hospitality business who can say this. I bought the business from the previous owners’ Tom Welna and Ann Holt. I worked as an innkeeper for them for two years, so I knew what I was getting into.” 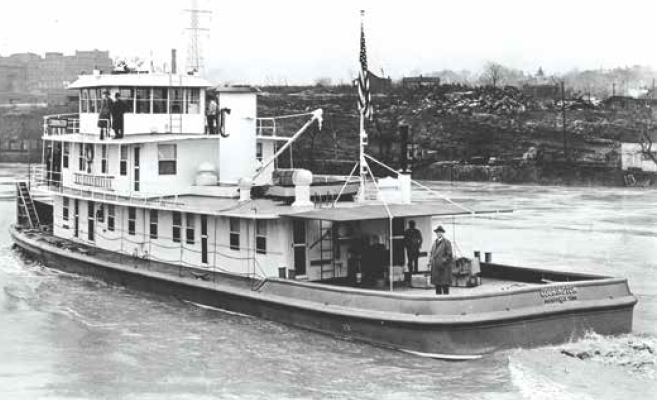 Not content to just sit in one spot, Liz and Bill bought a cabin cruiser and got involved with the St. Paul Yacht Club, nearby on Harriet Island.

“We bought our little boat in 2014, *As Time Goes By, and have a ton of fun with it in the summer. I give my guests my cell number once they arrive, so they can call me if they need anything. Since getting the little boat, a 1973 Trojan cabin cruiser, we got to meet a lot more of our neighbors at the St. Paul Yacht Club. We spend most nights in the summer here cruising the river with friends, and life is great!

“The best part of waking up here is that I don’t have to get into a car and go anywhere. I’m already at work, so no commute. If you ever drove with me, you’d know what this means to me. Lol! The downside of river life is also the upside: nothing is normal and predictable. The river floods and I have to cancel on guests. But what can you do? We go with the flow.”

That flow may soon carry Liz south to the beaches of Panama. She hopes to sell the Covington and buy a business there — a business that doesn’t require her to get up and serve breakfast every morning. 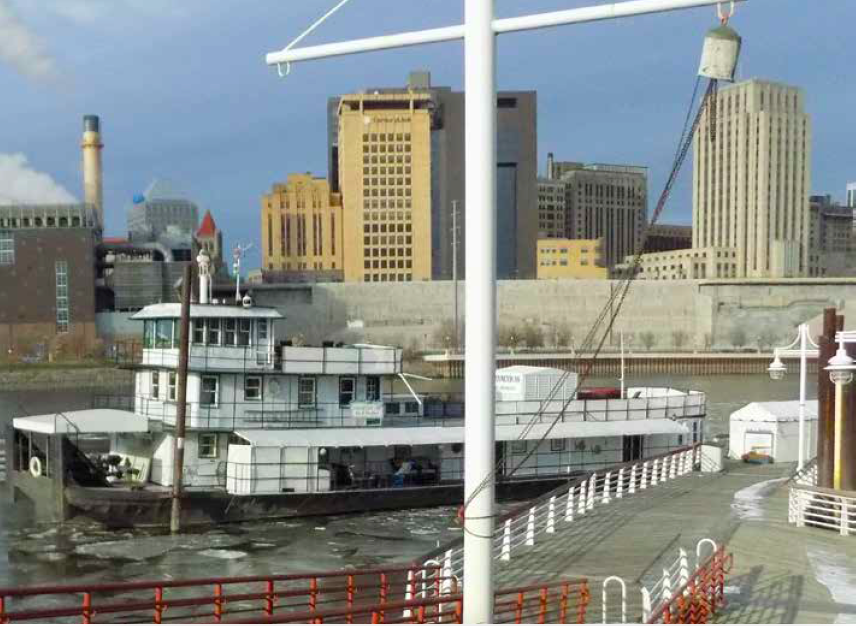