“For anyone who has ever fallen under the spell of the Mississippi, it’s hard not to be a little jealous of Bob Deck. A deckhand as a teenager and a captain by the tender age of 22, Deck worked the big river during the 1970s and 1980s, a boom time for the Twin Cities barge business. Like Mark Twain and George Merrick before him– two former riverboat pilots who also felt compelled to chronicle their experiences on the Big Muddy long after they moved on to new careers–Deck paints a vivid and nostalgic portrait of working life on the river. And for budding river rats, he also provides some practical tips on how best to guide six barges and 9,000 tons of grain through certain tricky stretches of water in St. Paul.”
-Mike Mosedale
Journalist 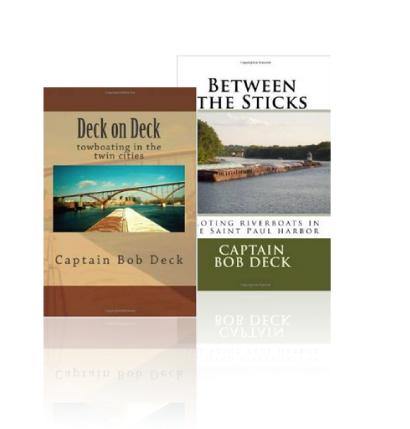